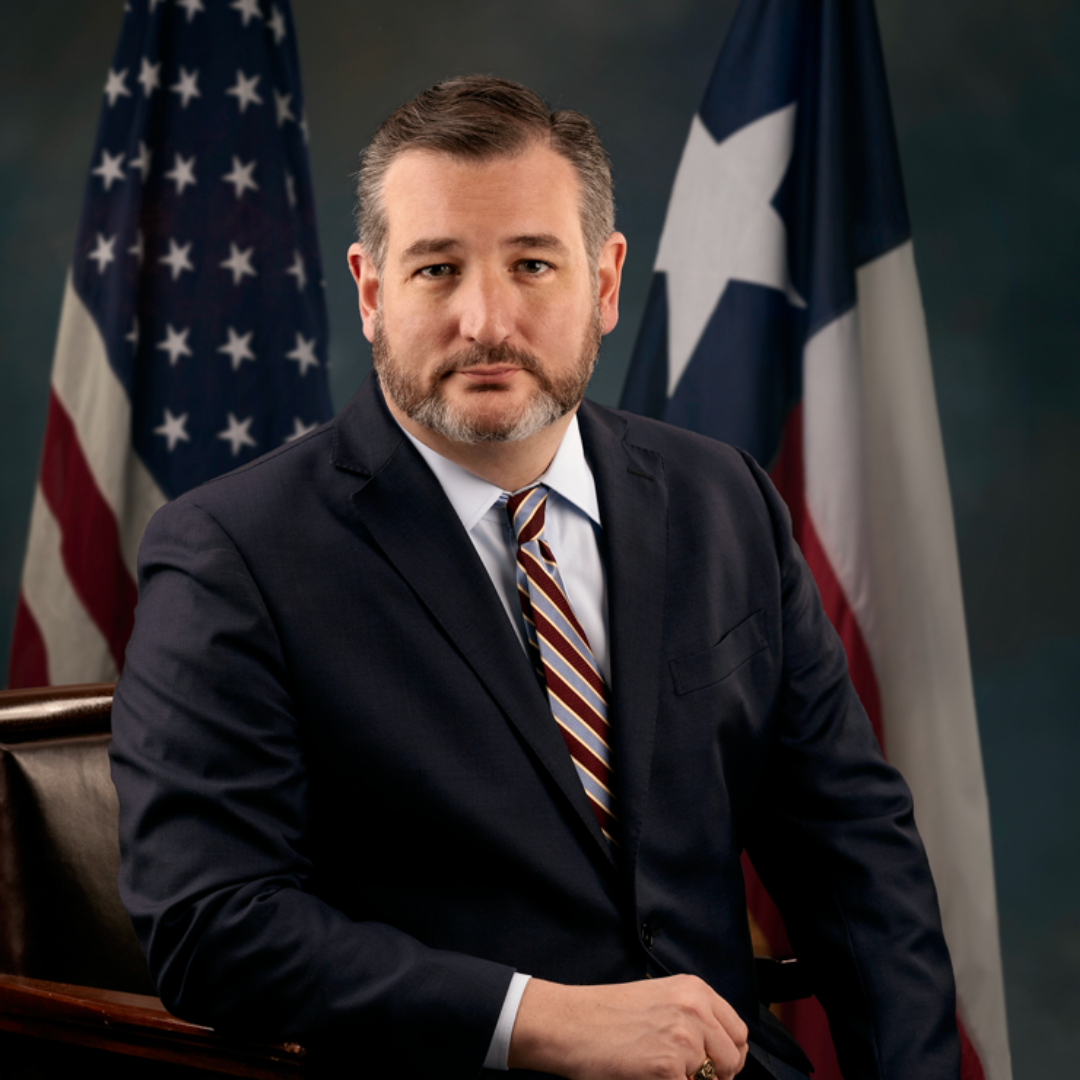 Throughout his life, Ted Cruz has proven to be a passionate and effective fighter for limited government, economic growth, and the Constitution. Ted’s calling to public service has been inspired by his firsthand observation of the pursuit of freedom and opportunity in America. Ted’s mother, Eleanor, was born in Delaware to an Irish and Italian working-class family. She became the first in her family to go to college, graduated from Rice University with a degree in mathematics, and became a pioneering computer programmer in the 1950s. After being tortured and imprisoned in Cuba, Ted’s father, Rafael, fled to the United States to attend the University of Texas at Austin in 1957. He then started a small business in the oil and gas industry. Today, Ted’s father is a pastor in Dallas.

Growing up, his father would often say to him, “When we faced oppression in Cuba, I had a place to flee to. If we lose our freedom here, where do we go?”

Ted has been a tireless fighter for liberty because his family knows what it is like to lose it.

As Solicitor General for the State of Texas and in private practice, Ted authored more than 80 U.S. Supreme Court briefs and argued 43 oral arguments, including nine before the U.S. Supreme Court. He also won an unprecedented series of landmark national victories that include his defense of U.S. sovereignty against the UN and the World Court in Medellin v. Texas, our Second Amendment right to keep and bear arms, the constitutionality of the Ten Commandments monument at the Texas State Capitol, and the words “under God” in the Pledge of Allegiance.

In the U.S. Senate, Ted has led the fight to repeal Obamacare, to secure the border, and to confirm Justice Neil Gorsuch to the Supreme Court. He has also led the fight to defend life, marriage, the First Amendment, the Second Amendment, and our entire Bill of Rights. And most importantly, he’s kept his promise to speak the truth and do what he said he’d do.

Ted has proven to be the exact type of courageous conservative we need in the U.S. Senate to restore economic growth, defend our Constitution, and protect the values we all hold dear.

Ted, his wife Heidi, their two daughters Caroline and Catherine, and his entire family have been blessed to live the American Dream — the idea that anyone, through hard work and determination, can achieve anything. And he is committed to ensuring every family has that same opportunity. 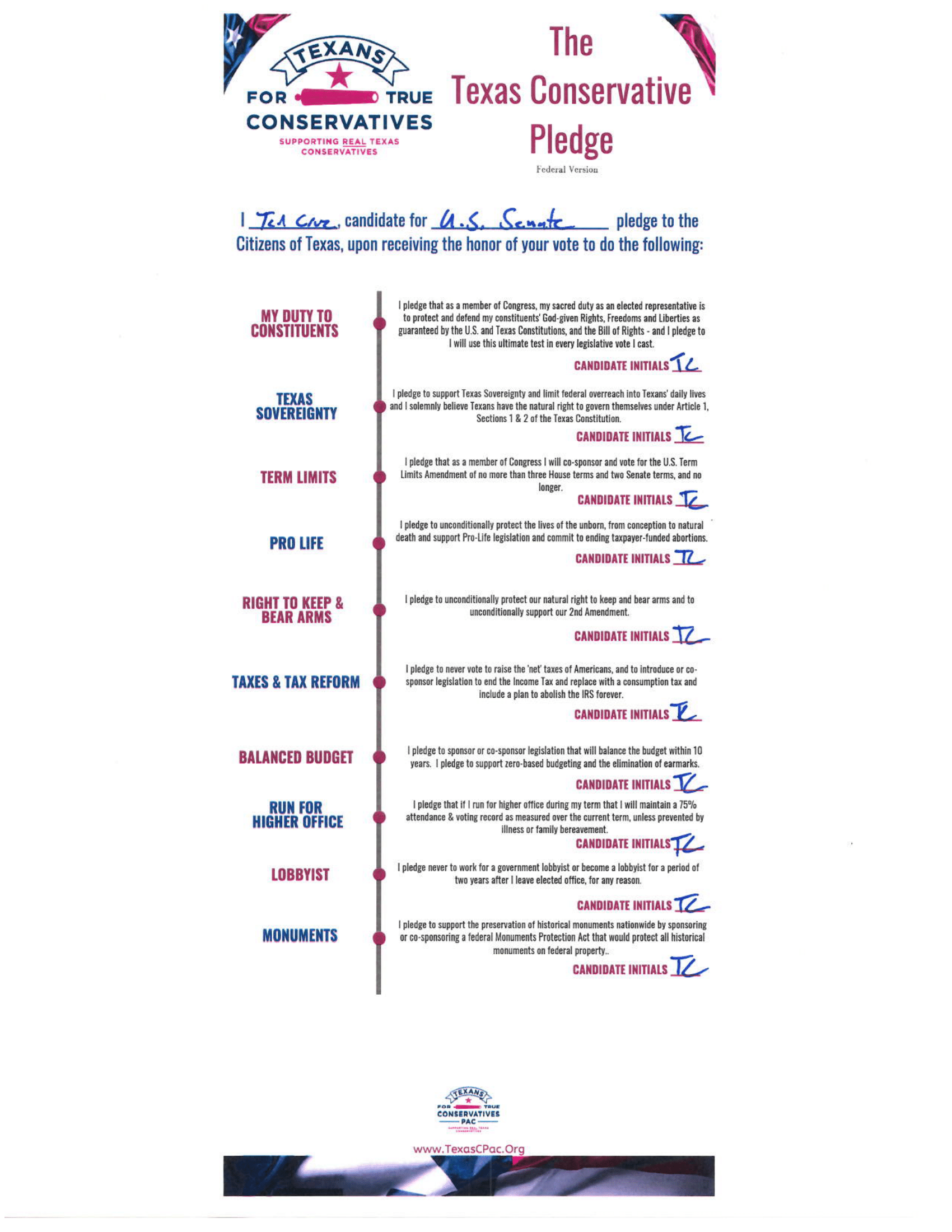 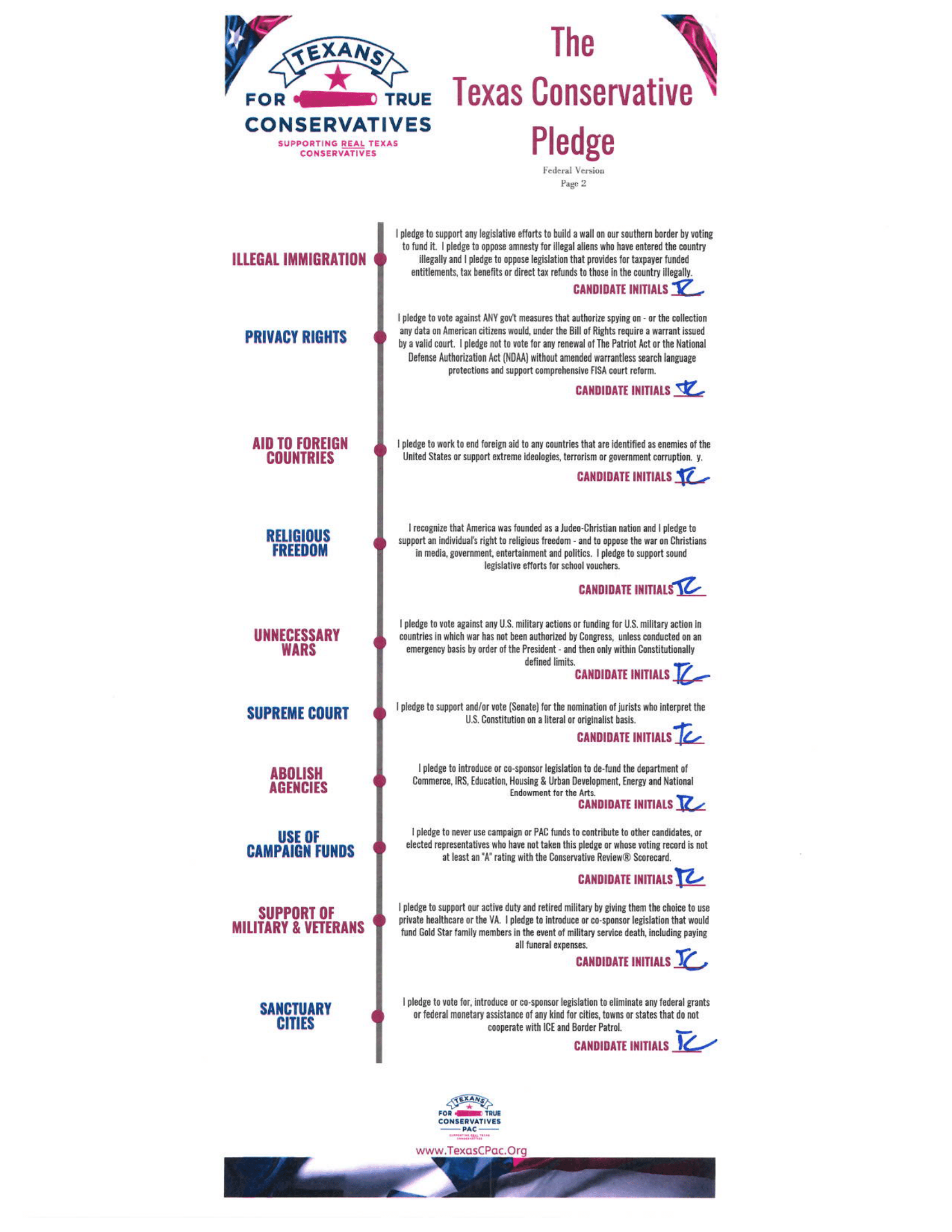 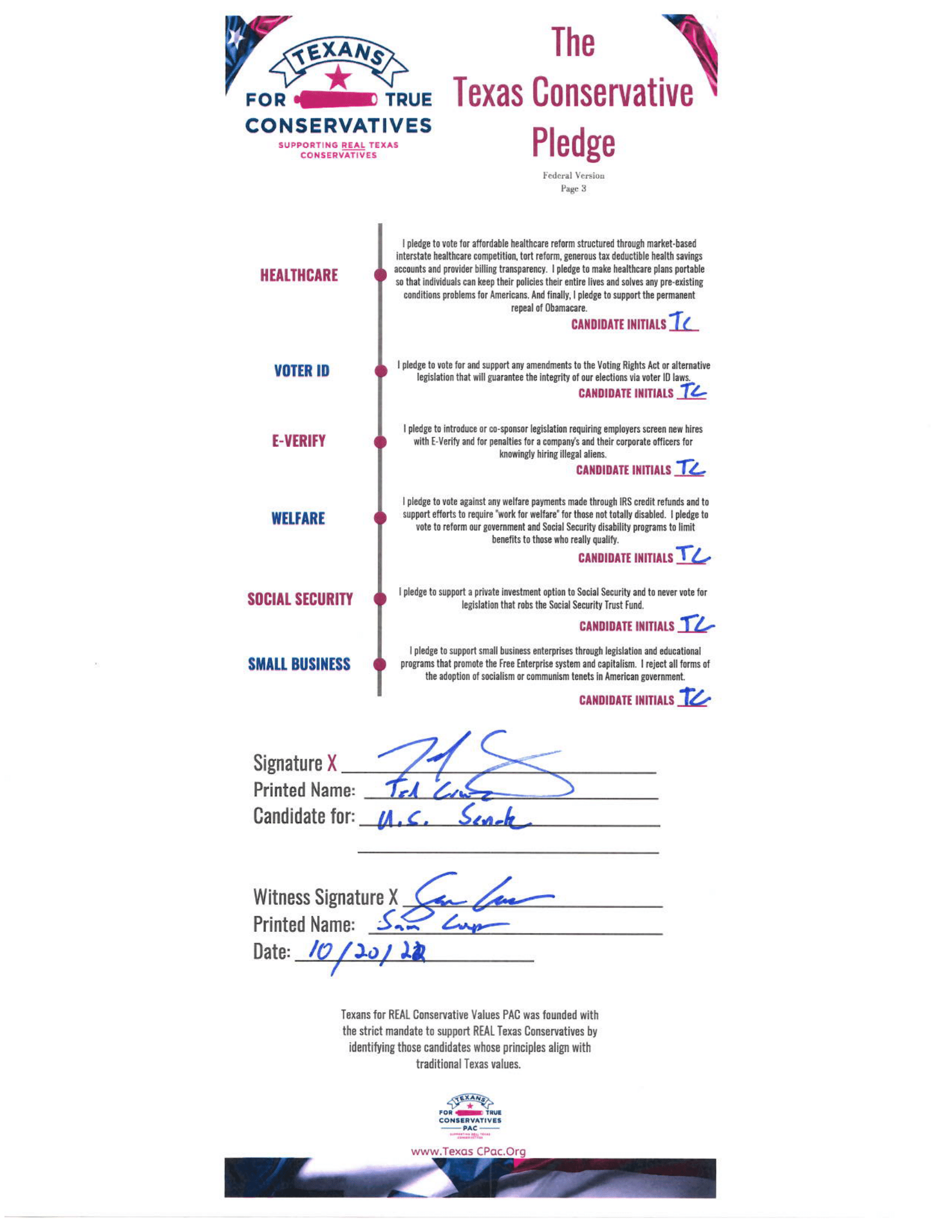