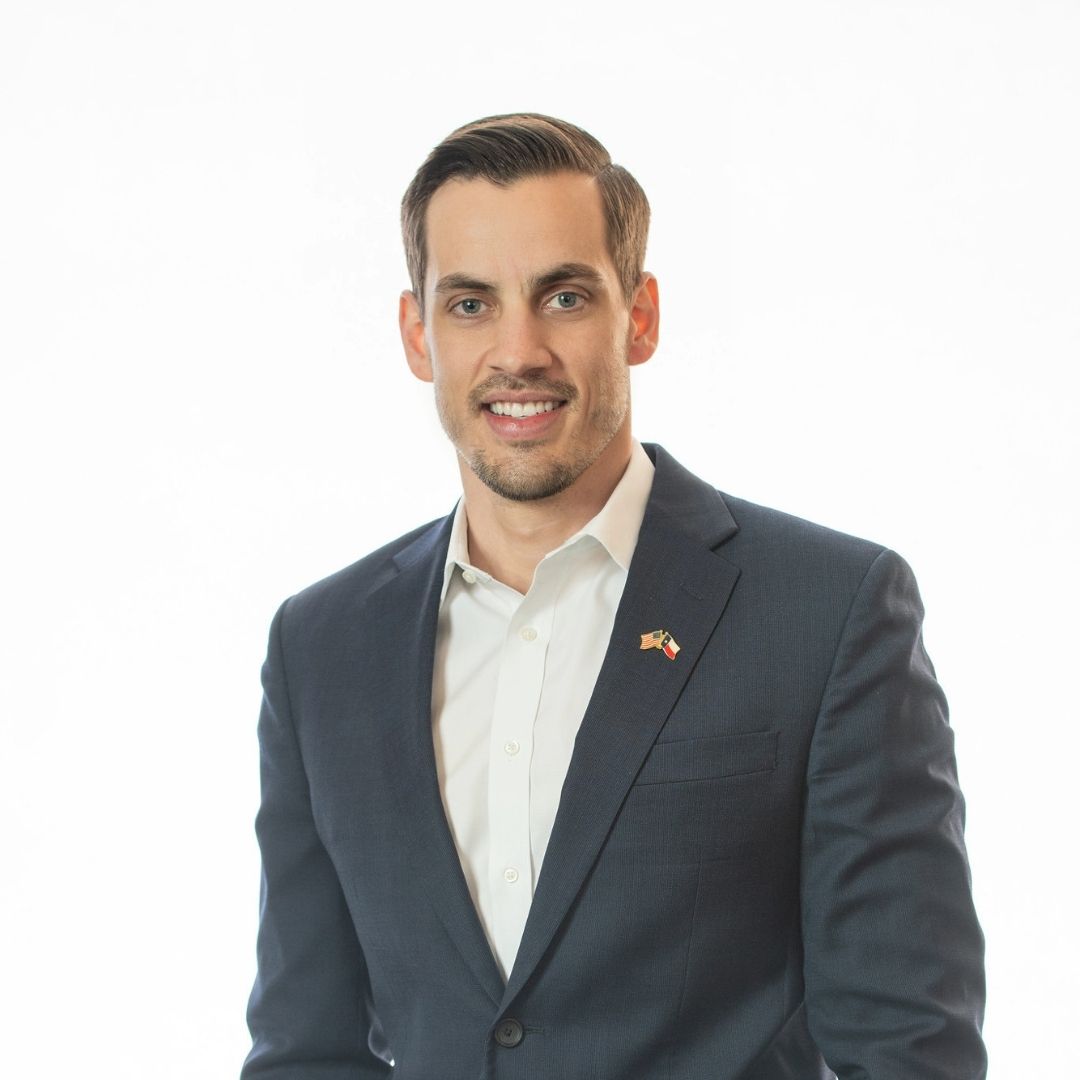 Christian Collins has made God, family, and country the pillars of his life. He comes from a large Conservative-Christian family of seven. His parents served as missionaries in other parts of the world and his father was a pastor for many years here in Texas. From an early age, Christian learned the value of hard work, persistence, and grit. He worked two jobs through high school, college, and grad school to afford his education. He holds a B.A. in Government from The University of Texas, and an M.A. in Organizational Communication from Liberty University.

Christian has centered his life around service to others in his community. For many years, he has worked as a Conservative activist in Montgomery and North Harris Counties, organizing pro-police and pro-life rallies, as well as pastors and faith leaders for quarterly prayer breakfasts to pray for America and our elected leaders. Christian regularly speaks at churches to encourage them to fight to preserve our religious freedom, and when the pandemic began, he started organizing churches to work alongside the Montgomery County Food Bank to feed hungry families. He is the former campaign manager and longtime advisor to Congressman Kevin Brady; and has worked as a part of Governor Greg Abbott’s, Congressman Dan Crenshaw’s, and Senator Ted Cruz’s political teams. He is a graduate of Leadership Montgomery County, hosted by Montgomery County Area Chamber of Commerce Organizations. He is on the advisory board of Church of The Good Soldier to serve our veterans with P.T.S.D., as well as the Montgomery County Friends of the NRA Committee and he is a bold advocate for the Second Amendment.

President Reagan said, “Freedom is a fragile thing and it’s never more than one generation away from extinction.” As a next-generation leader, Christian has made it a major priority to reach and educate Gen-Z and Millennials with Conservative Principles and inspire them to join our older generations in the fight to save America. He regularly speaks on high school and college campuses, and in 2019, he launched Texas Youth Summit and began bringing in many influencers, such as Donald Trump Jr., Candace Owens, Charlie Kirk, Allie Beth Stuckey, and Kayleigh McEnany to join him in this effort. In 2021, he hosted his largest rally to date in Montgomery County, with over 2000 people, 1200 of which were youth. Christian is

an adjunct professor at Lone Star College, teaching students to communicate their ideas more clearly and overcome their fear of public speaking. Christian authored a book, titled, Second Wind: A 365-Day Devotional to Pursuing God’s Greater Calling and has given a portion of the proceeds to New Danville, to help youth with Down Syndrome and special needs.

A life of service has always enrichened Christian’s life, and now Christian is ready to serve again in a new capacity: serving as our next Congressman. Like many of you, Christian is tired of watching politicians who many voters think had their Conservative values, only to change once they get to Washington because they are bought by special interests. Christian will not work for the lobbyists and career politicians, but rather only for the people. Throughout Christian’s career, he has spoken out for what is right even when it cost him. He spoke publicly at a Women for America First rally in Montgomery County on January 1st expressing that the people needed to hold our representatives accountable who did not stand with President Donald Trump and would go ahead and certify the election as it was. He has a record of fighting boldly for election integrity and the America First Agenda.

As your next Congressman, Christian is ready to work and eager to listen. He will continue to counteract the radical indoctrination of our youth by hosting summits and producing content to reach and educate our youth with the Conservative principles and win the culture war. He will back the rights of parents and school choice. He will continue to be a fierce pro-life activist, working alongside our pro-life organizations to end abortion. He will continue to work alongside our churches and faith groups to fight for religious liberty. He will work to secure our gun rights through advocacy and legislation, and our southern border by finishing the wall. He will back our police, military, and Israel. He will be tough on Russia and China. He will support our small businesses and workers, and fight to stop the tyrannical vaccine mandates and government overreach. He will fight for our First Amendment rights, working to stop big-tech censorship. He will work to cut spending, fight for a balanced budget, and reduce the national debt. Christian will always defend the Constitution and ideals of American Exceptionalism, and he will put America First. 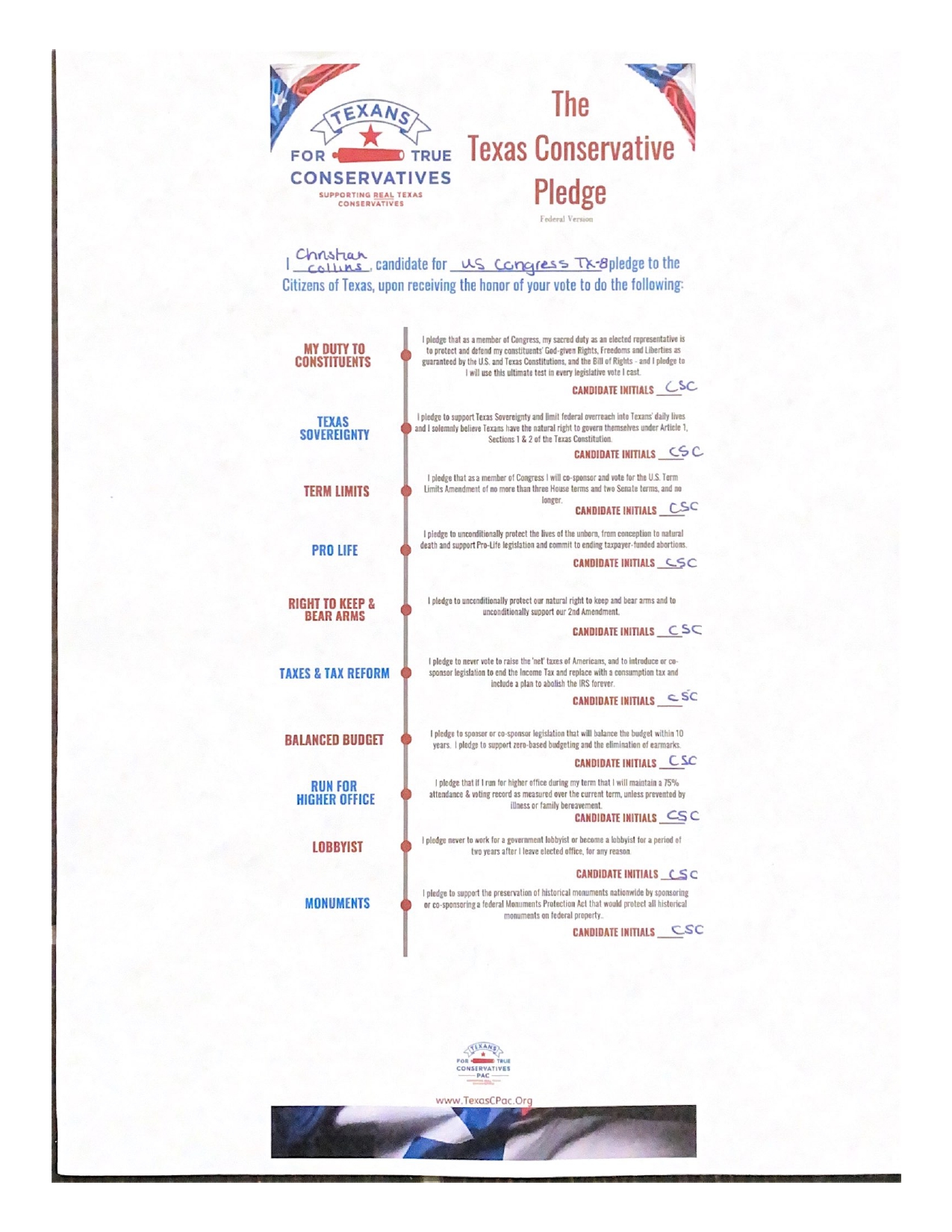 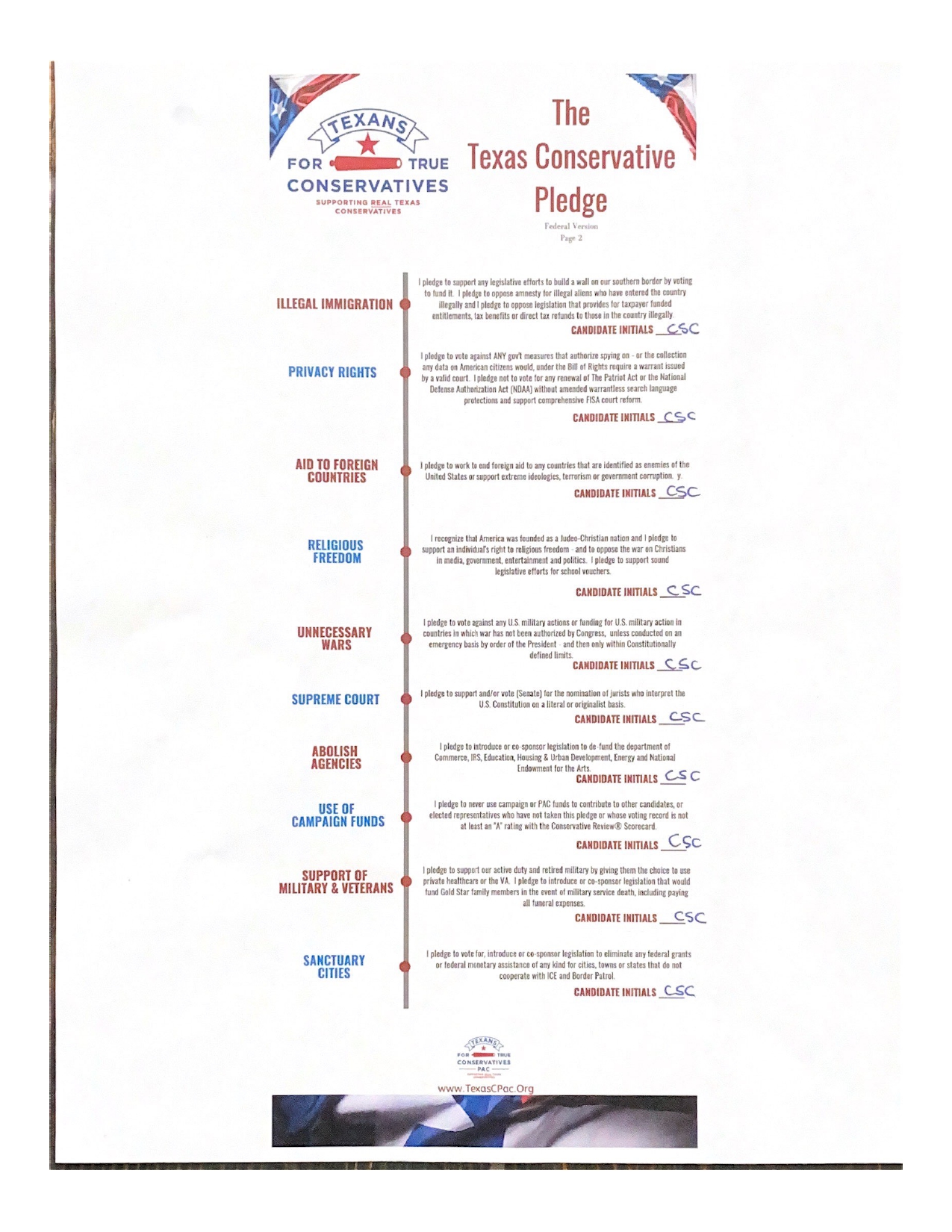 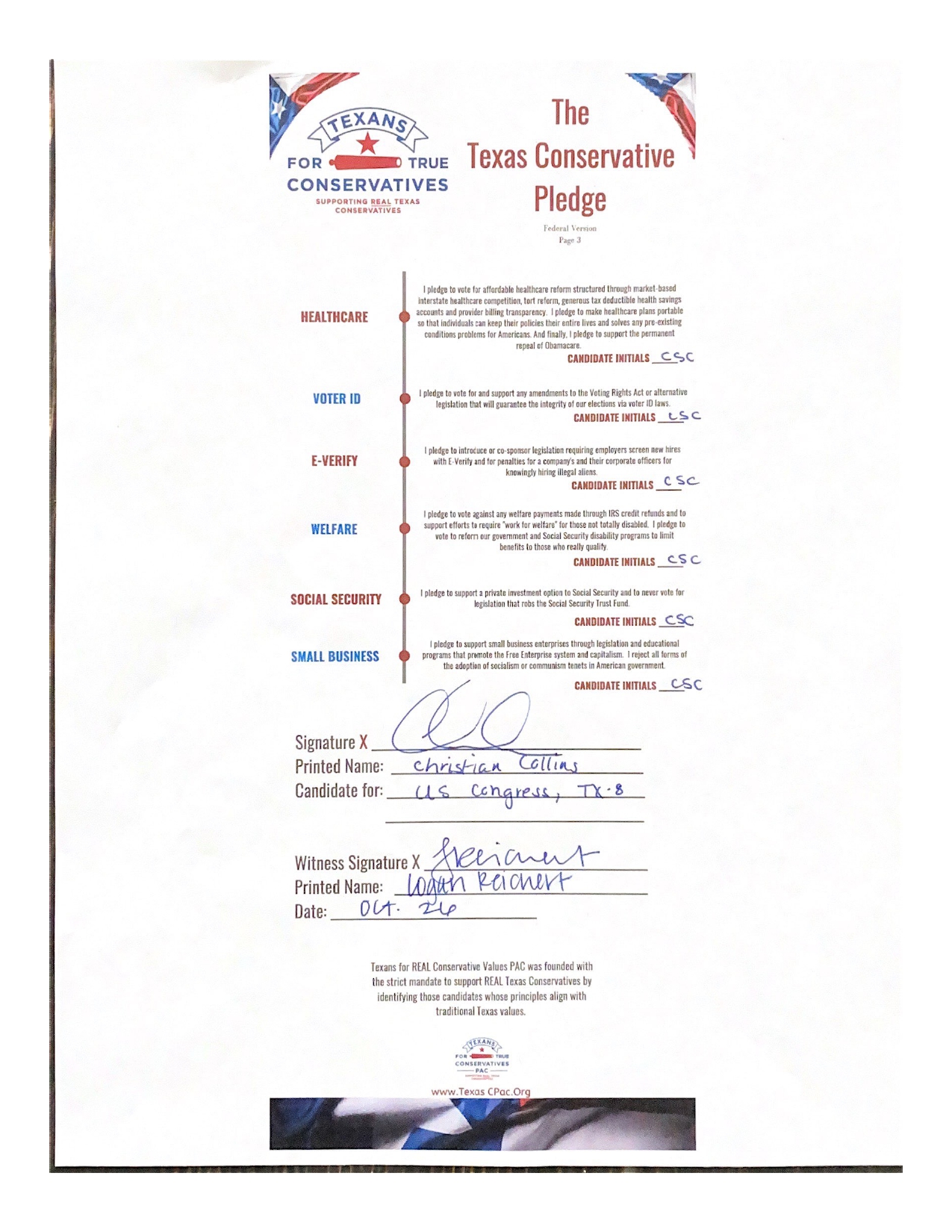